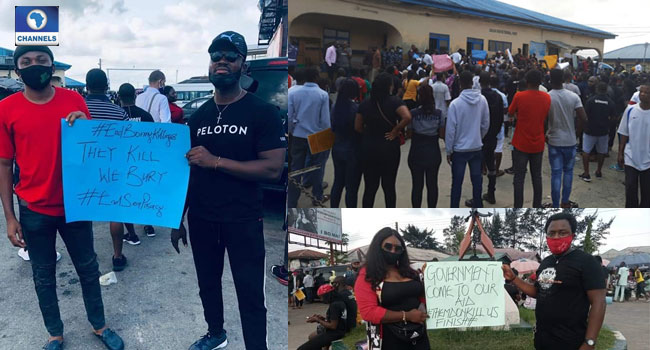 Residents of Bonny Local Government Area of Rivers State on Monday protested on the Island lamenting over incessant attacks and killings by pirates on their waterway for many years.
The protesters who are mostly youths resident on Bonny Island told Channels Television that the most recent of the attacks was on January 5, 2021, when two indigenes drowned in the river after pirates attacked their boat.
They added that the pirates after the attack made away with valuables from the passengers, and asked them to jump into the high sea.
Meanwhile, due to the high rate of attacks by pirates on the Island, the Rivers State Government in July 2019 launched a special security initiative, code-named “Operation Sting” in which patrol vehicles and gunboats were donated to security agencies to tackle violent crimes on roads and waterways in the state.
Last week, the Rivers State Police Command also deployed 366 special constabularies to various localities for its community policing initiative.
The Bonny protesters, however, insist that there has been no improvement in the security situation in bonny. Bonny Local Government Area can only be accessed through the high sea, as the Federal Government’s N120 billion, 37-kilometer bridge to connect the Island to mainland Rivers State is yet to be completed.